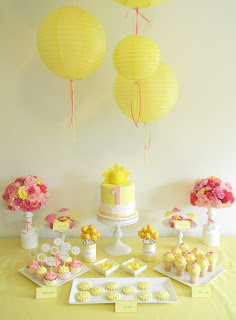 This is what I've been up to this weekend, getting ready for Lexie's sunshine and smiles 1st birthday party. Rather than making the entire party yellow and white, we've thrown in some soft and hot pinks to break the colour up a bit. Besides the sun is not only yellow, look at what gorgeous colours mama sun creates when the sun comes up or sets ;-) This gorgeous party was created around Parties by Hardie's printable sunshine birthday collection. 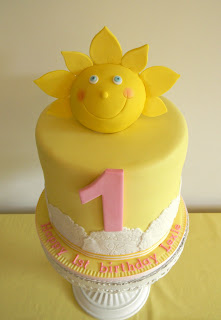 Since Simone, Lexie's mummy, would be making the doily bunting for the party venue (all 8 metres of it!!) I decided to add some fondant doilies to the cake design. The sun topper is actually made from coconut ice (pink) and then covered in white choc fondant that I coloured canary yellow. The cake was 8' round x 10' tall "rainbow cake, so one layer of raspberry, then strawberry, then orange and then lemon to simulate the sun rising. 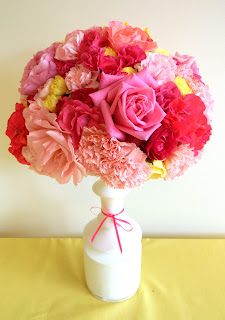 For the flower pieces I bought some floral sponge balls, cut a 1/4 off the bottom so it sits flat, dipped them in water and then popped various shades of yellow and pink flowers till the whole ball was covered. Not only did the arrangements look lovely but they smelled devine too, not bad for a non florist who tends to kill plants by just looking at them ;-) 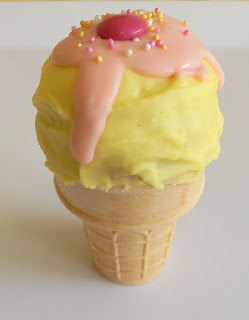 Some of the goodies on the table were these cute ice cream cakes. I saw them in my Bakerella recipe book and decided to make these with the leftover lemon and orange cake I had after carving and evening out my cake. The only difference is that my ice creams were covered in buttercream frosting and then topped with chocolate and sprinkles. 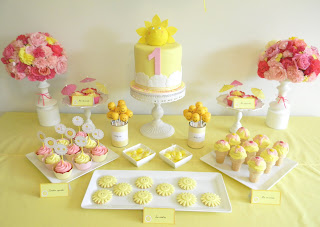 Here are the goodies that I made for Lexie's party, I was one busy bee in the kitchen these past few days! 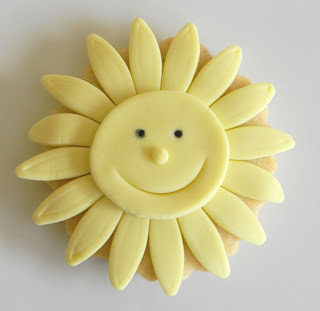 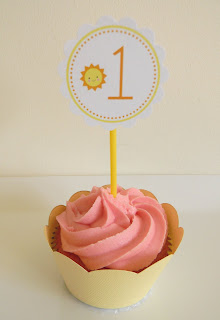 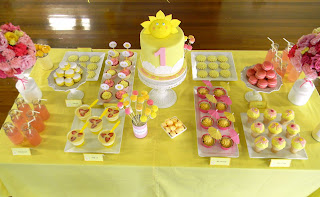 The party was held in a communal hall, here is a photo taken just after I completed the styling of the main table. It looked so pretty once everything was in its place. Some of the other food items we had were thermometres (breadsticks dipped in chocolate then dipped in yellow sprinkles), Sunset and sunrise home made lemonade, mini cheescakes with beach umbrellas, slip,slop,slap sandwiches, sizzling sausage and sunshine jelly cups. 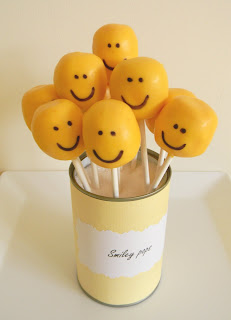 Since it also was a smiles party I made these smiley pops. 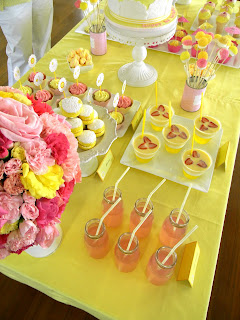 Vendors:
- Styling by Just call me Martha
- Cake, cupcakes, smiley pops, sunshine cookies, ice cream cakes, mini cheesecakes and flower arrangements by Just call me Martha
- All lables, cupcake toppers and printable partyware from Parties by Hardie
- Glass bottles from Bed bath and table
- The rest of the food and decorations were created by Simone Nuroo
Posted by Leoni at 5:09 PM 17 comments: 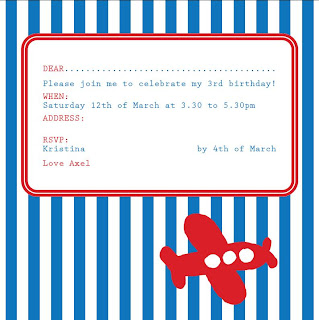 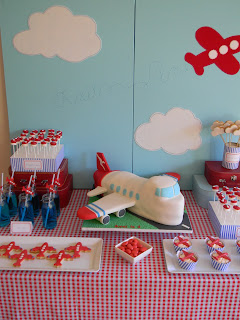 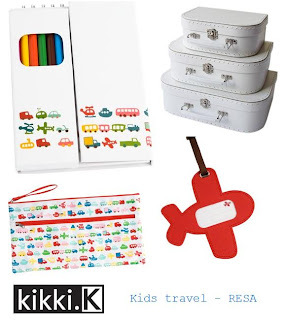 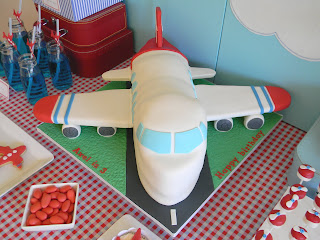 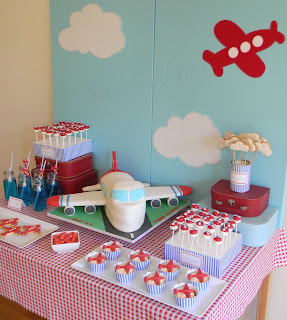 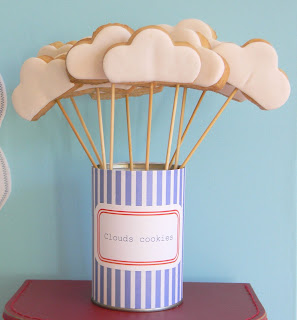 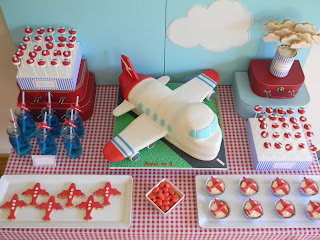 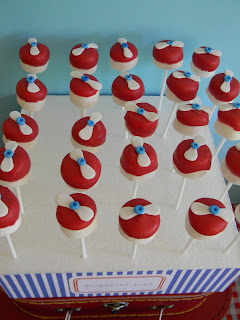